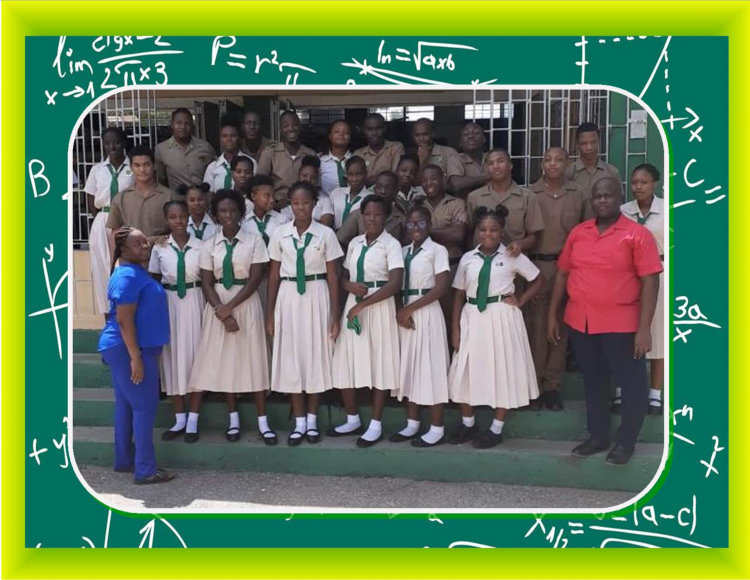 Add a near 100 percent pass rate in CSEC Maths, by a cadre of 9th Graders (3rd formers), to the raft of encouraging news coming out of Excelsior High School and its Mathematics Department.
The group of lower school students punched way above its weigh level in impressive fashion, with 54 of the 55 candidates (more than 98 per cent) garnering passing grades in the recent Caribbean Secondary Education Certificate (CSEC) Mathematic Examination. The CSEC, the rough equivalent of the old GCE O’level Examination, is typically done by 11th Graders (5th formers).
Even more impressive, Excelsior’s ninth graders’ extraordinary achievement comes against the backdrop of the Minister of Education, Mr. Karl Samuda, decrying the otherwise poor performance in the subject by Jamaican students’ island wide. There was reportedly some doubt about sending such young students to sit the exams but with the stunning success of the ninth graders, such misgivings now seem quaintly misplaced
A jubilant Mr. Hugh Ingram, head of Excelsior’s Maths Department, hailed the performance as the fruit of a well-thought-out and executed plan and commended the students.
“These maths result shows that our students can perform if given the right environment. Hopefully, this result will spur them on to achieve and excel in other areas and encourage their peers to achieve as well” he noted.

An earlier decision was taken by the school to submit promising lower school students to sit the CSEC exams as early candidates. The pioneering group was originally supposed to comprise ten students under the tutelage of their maths teachers headed by Mr. Ingram and including others such as Mr. Darron Fraser, Ms. Sylvia Green, Mr. Equitable Brown and Mr. Daniel Reid. In time, the group mushroomed to over fifty students as others decided to accept the challenge.
The teachers volunteered to assist the experimental group by offering classes, both during the day and after school. This effort was supported by an Orlando, Florida based past student who stepped forward to sponsor the exams fees for all 55 candidates. But, like some of the most generous alumni benefactors, this individual prefers to remain in the shadows.
Now with the success of this group of ninth graders, Mr. Hugh Ingram envisions this achievement having a positive influence on the wider student body.
“We are trying to change the ethos of the school” the head of the Maths Department said. “And this will help our students see that maths is not a difficult subject as long as they long as they put their minds to it”.
There can be no greater endorsement of this optimism than the commendable success of this group of Excelsior ninth graders in the 2019 CSEC Maths Examination.