Posted on October 2, 2018 by xlcralumni
When Students Took On Mr. Powell and Prevailed
By Duane Coombs
Tuesday, August 14, 2018 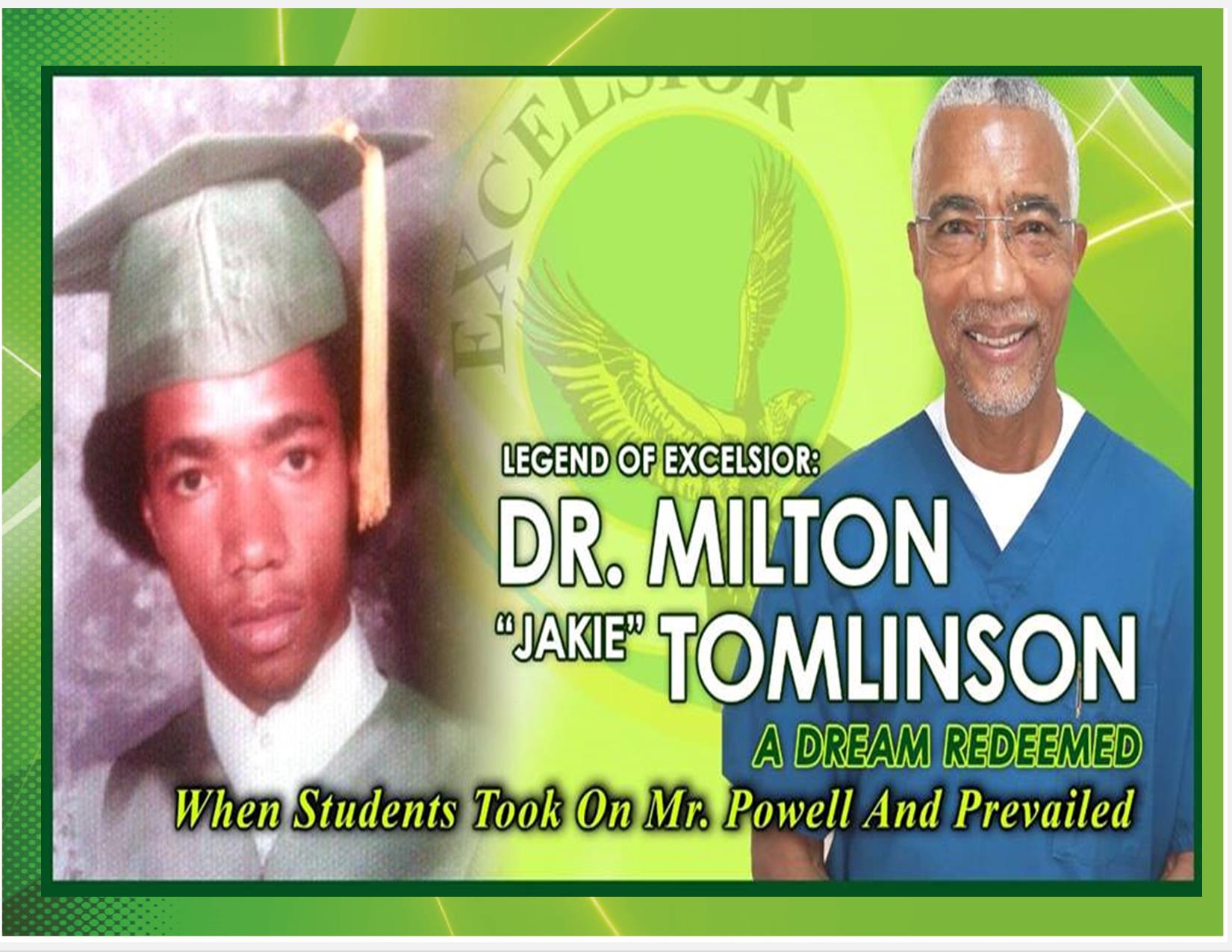 The journey from an expelled student to a prominent South Florida dentist has been an intriguing one for Dr. Milton “Jakie” Tomlinson.

When Tomlinson was summoned to Mr. Powell’s office on that eventful afternoon more than 4 decades ago, he had no inkling that he was in for a life-changing encounter with fate.

Just before the final exams for the graduating class, he was summarily dismissed from Excelsior High School by then Headmaster, Dr. Hon A.W. Powell, who predicted a life of failure and criminality for him.

“I was dumbfounded!” Tomlinson recounts. “All Mr. Powell shouted was “Get out! Get out!” and called over to the staff room to say “Milton Tomlinson is no longer a student at this school’ ”

Efforts to find out about his supposed transgression fell on the deaf ears of Mr. Powell. In one of the purest distillations, yet, of what it means to have one’s fate determined by an individual with awesome and unchallenged power, Mr. Powell held Tomlinson’s future in the balance.

It was a clear case of mistaken identity, but Mr. Powell would brook no dissent; nor would he even entertain the remote possibility that he could have made a mistake.

Matters came to head when a number of prefects resigned in protest and Head Boy, Gregory Hazle, reportedly threatened to do likewise. Other prominent Sixth Formers, like Raymond Walker, kept the pressure on, but a recalcitrant Mr. Powell was unmoved. So Tomlinson found himself caught in the vortex of a nightmare when an irresistible force met an immovable object. He had already missed a week of classes with no end to the impasse in sight.

With the final examinations fast approaching, efforts to draw attention to this clear miscarriage of justice seemed futile. An unsympathetic Jamaica Gleaner would not touch the story, wary of crossing Mr. Powell, a towering figure in education and the Jamaican society.

It was left to the fledgling Jamaica Daily News, the now-defunct second morning newspaper in Jamaica, to run a piece on the grave miscarriage of justice. The UWI student newspaper also weighed in on the issue.

And it took some intervention by influential senior students – led by prefect Clyde Juriedini, Denise Lawson, and Dwight Benjamin, among others– to have him eventually reinstated. Mr. Powell finally relented and rescinded the expulsion. This was preceded by daily demonstrations and a class boycott by students in the upper school in a strident show of student activism. It also helped that the guilty student, under pressure, eventually stepped forward to admit his responsibility.

Even then, Mr. Powell was not fully convinced of Tomlinson’s innocence and, in his letter re-admitting him, got in a final barb by charging that, in time, Tomlinson’s ‘true character” would have been exposed and he would suffer the inevitable fate that Mr. Powell has predicted for him.

In the intervening years, fate has been kinder to Tomlinson than Mr. Powell’s harsh words, despite a few potholes along the way. It has rendered a more sympathetic judgment than Mr. Powell had predicted. Having completed his high school education, Tomlinson left to join his mother and family in New York.

NEW YORK AND BEYOND

His challenges did not end there. An unsettled domestic situation saw him experience a period of homelessness when his determination to further his education collided with his stepfather’s disapproval of his ambition. His stepfather, who had earlier dismissed him as “not school material”, at ten years old, and had said he would be better off “learning a trade”, insisted that he should “contribute to the mortgage” rather than pursue his education.

Tomlinson would not be deterred and defiantly entered the State University of New York College at Old Westbury in the fall of 1975, majoring in Biology. He said, knowing the circumstances arrayed against him, he had a “laser focus “ on his education and graduated with top marks in the spring of 1980. His next step was to enroll in Dentistry School.

In the fall of 1980, on the basis of his sterling undergraduate performance, he was accepted by Fairleigh Dickinson University, School of Dentistry for the class of 1984 on a full-tuition scholarship.

Again proving himself a top-notch student, he graduated with the degree of Doctor of Dental Medicine (DMD) in May 1984 and was the recipient of the award for Greatest Professional Development. He then did a General Practice Residency at Morrisania Diagnostic and Treatment Center, Bronx, New York 1984-85; and then became an Attending Physician at the Center until 1997.

This was when a burst of patriotic fervour saw him deciding to return home to give his services to the people of Jamaica. He proceeded to set up a shop in the Red Hills Road area of Kingston. However, after being besieged by extortionists, he was forced to abandon his idealism and he finally resettled in Florida.

Dr. Milton Jakie Tomlinson is now an eminent dentist in private practice in South Florida, who has a client list that extends worldwide. It is not uncommon for patients to travel from as far away as the Philippines just to be attended by him. A collection of professional awards and citations dotting his office walls attests to his proficiency in his chosen profession.

Yet none of these accomplishments would have been possible had Mr. Powell succeeded in derailing his path to success with those ill-advised expulsion years earlier.

Decades later, it is an incident that still roils Dr. Tomlinson; and memory of which still have him contemplating other incidents of a miscarriage of justice where the aggrieved party did not have his great fortune of having influential individuals to advocate for them.

If there is a lesson to be gleaned from this experience, Dr. Milton Tomlinson believes, it is that one should never be deterred from one’s ambition; and one should stand one’s ground in the face of unfairness. 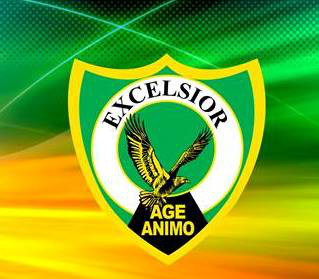