Inspirational Excelsior alumnus and DASH Athletics trustee, Desmond “Shaks” Shakespeare, is among this year’s Howard University’s Sports Hall of Fame inductees. Shaks will be enshrined as part of the 2018 HOF class which comprises 16 individuals and 3 teams at a gala on November 16, 2018 at Martin’s Crosswinds in Greenbelt, MD.

Shaks, the former Excelsior track and field captain, will be a double inductee. His first enshrinement will come in recognition of his peerless track and field career during which he attained All-America honors. His second recognition will come as a part of the 50th anniversary of the 1968 and 1969 track and field teams that won the NCAA Atlantic Coast Regional Track & Field Championships both years. They were the first known Howard University sports teams to have won any NCAA championships.

Additionally, fellow Excelsiorian, Dennis Smellie, another track and field luminary, will join Shaks in being inducted as a part of the 50th anniversary of the1968-1969 squad for what the university called “transformative work that defies category.”

Responding to news of his imminent Hall of Fame induction, Shaks, said, “I am singularly humbled and honored that in November of this year, I am to be inducted into the Howard University Sports Hall of Fame and particularly pleased to be entering the HOF with my esteemed teammates and coach, who all played such a significant role in my achievements, both on and off the track”.

“Since the announcement of my impending induction into the HU HOF, the outpouring of warmth and love my friends and former teammates have demonstrated in their congratulatory remarks have been truly amazing. I had no idea that I was held with such high regards by many of these persons. It has been truly humbling”, he continued.

Shaks led a distinguished track and field career while at Howard University, collecting an array of awards along the way. As a freshman, he anchored the HU mile relay team to a new conference championship and school record. He was the NCAA Atlantic Coast Regional quarter mile champion and contributed to several HU winning relay teams both indoors and outdoors including the 1971 Penn Relays College Division Sprint Medley Relay Championship, which also included another Excelsiorian, Dennis Smellie.

After HU, he coached track for a year at Archbishop Carroll HS in Washington DC and helped lead them to their first-ever conference title.

Upon completing his studies in New York, he worked with the US Track & Field in NYC (The MAC) where he managed several Development indoor and outdoor track & field meets as well as assisted in the production of meets, such as the Milrose Games, US National Indoors, and the National Scholastic Indoor Championships.

Returning to Jamaica, he worked as a senior engineer in his homeland as well as in the wider Caribbean Community. He also twice volunteered as an assistant coach at his alma mater, Excelsior High School; first, in 1978, where he produced the Boys Class 3 double sprint Champion, and later in 2002 when he assisted in coaching the Class 3 Boys 800m champion.

Throughout his professional career, he has always pursued a path of excellence. It is this same fidelity to excellence that he has brought to his role as a volunteer at Excelsior High School in spearheading the DASH Athletic group, a collective of former track & field proponents which has, since 2010, led the resuscitation of the school’s once dying track & field program.

DASH, guided by a number of principles including a commitment to excellence and the belief in a well-rounded individual, has produced 26 student-athletes since 2013 who have gained athletic scholarships to tertiary institutions. Twenty of these have represented Jamaica at the Junior and Senior levels since 2013.

In both words and deeds, this towering 6’ 6” Excelsiorian has straddled the alumni landscape like a giant, supporting his alma mater and quietly giving back without courting the limelight. 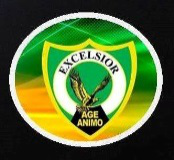