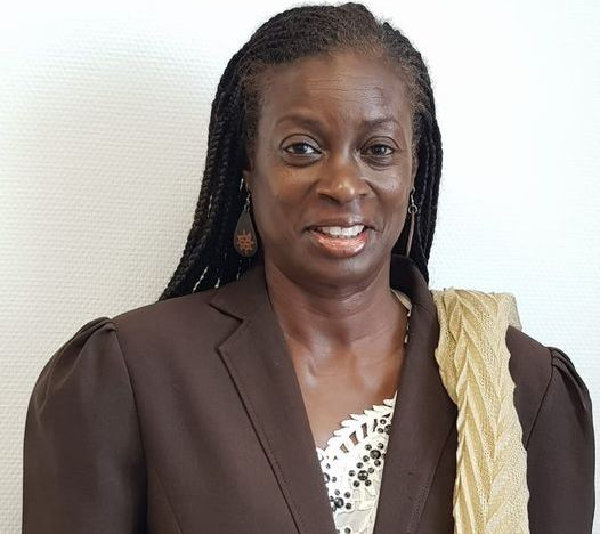 Career diplomat, Joan Thomas Edwards, is the quintessential public servant: as invaluable as she is invisible; and whose unseen hand, nonetheless, makes things happen.

The 1983 Excelsior graduate and class valedictorian has risen to dizzying heights in Jamaica’s diplomatic corps. However, her alma mater and the lessons gleaned there are never far from her mind. Each accomplishment is regarded as another capsule in Excelsior’s enduring legacy of excellence from which she has benefitted.

Joan Thomas Edwards, a pillar of the Jamaican diplomatic corps, has worked tirelessly throughout her career to promote Brand Jamaica and has helped to shape the image of her country. She is an Excelsior gem and the embodiment of selfless public service, both as an accomplished diplomat and through her relentless community engagement.

And it all started at Excelsior High School, where the genesis of a distinguished career in public service first took root— fostered, she says, by a bevy of highly qualified and dedicated teachers who inspired her to pursue excellence.

At school, Joan was engaged in an array of activities that forged a delicate balance between academics and extra-curricular activities. Apart from being the captain of Excelsior’s 1983 Schools Challenge Quiz team, Joan was also a member of the Chess Club and the International Student Christian Fellowship (ISCF) in deference to her deeply held Christian faith.

“I was involved in student leadership through the student council,” Joan reminisces. “I learned to lead by example. Mr. Mark Loague, our Vice Principal, instilled this. Mr. Lindo Wong, our Principal, taught me the importance of discipline. Late coming was not tolerated, neither was unruly behavior.”

Joan is effusive in praise for all her teachers, most of whom, she says, ended up being her mentors; and who encouraged her to aim high in academic excellence. She has a particular appreciation for Ms. Maudlyn Mason, her Spanish teacher for five years, and Ms. Pearl Morgan, her history teacher, who awakened her thirst for knowledge and pursuit of excellence.

During her time at Excelsior, she says she was blessed to have been prepared for life by her teachers and fellow students who always encouraged her. She lists Science, the Arts, Technology, and Mathematics among her strong subjects. A strong appreciation for all these areas was inculcated during her years at Excelsior.

“I felt that I was prepared for life. Kudos to Lois Cooper, my English teacher, and Clive Brown for helping me to excel in those subjects,” She says. “Thanks to Mrs. Cynthia Powell and Cliff Hughes for being the driving force behind the school challenge quiz team and for the months of training and discipline. It has paid off.”

Following graduation from the Excelsior Community College— in which she had enrolled after high school, she matriculated at the University of the West Indies (UWI), from which she graduated with a BA in Social Science and Spanish. She entered the Foreign Service in 1989. Not content to rest on her laurels, she went on to earn a Master’s Degree in Public Administration from American University in 1996. Her educational trajectory was topped off by a Law Degree from the Norman Manley Law School. Joan was called to the Bar in 2006.

Currently, the Under Secretary for Foreign Trade at the Ministry of Foreign Affairs and Foreign Trade, she has been an emissary for her country at various postings, where she has served Jamaica with distinction.

Her illustrious diplomatic career has taken her to several of Jamaica’s most prestigious overseas missions. In a career spanning more than three decades, Joan has served in some of the premier world capitals.

While on leave of absence in 2015, Joan placed focus on her family as she joined her husband, Mr. Albert Edwards, who was working in Belize. While focusing on her nurturing her family with three children, she worked at the Financial Intelligence Unit as a Senior Legal Officer developing that country’s first National Risk Assessment for anti-Money Laundering.

Despite maintaining a hectic schedule, Joan always carves out time to give back in some way to her alma mater. She remains a vital, if unheralded, force in the Excelsior fraternity, particularly in the area of mentorship. Since the inception of the mentorship program in 2008, she has returned to her alma mater to quietly lend her talent to teaching English to the Manning Cup players and other students.

She is particularly proud that one of her mentees— from humble circumstances, whom she had encouraged to attend Excelsior, went to receive a full scholarship to attend medical school in Ukraine. This is particularly resonant for Joan, who does not take her position as a role model lightly.

The upward thrust of this successful Excelsior Eagle and Harbour View, East Kingston native was not by happenstance.

“When I left Excelsior High School in 1983, I felt I had wings to fly,” she recalls with pride.

And guided by the twin mantras of the school’s motto – Yet Higher— and the Biblical dictum that “Through Christ, All Things Are Possible” Joan Thomas Edwards keeps soaring to unprecedented heights in the sphere of Public Service and Diplomacy.

She is proud to be a civil servant, especially a Foreign Service Officer, and would encourage young people to see this as a worthy profession.