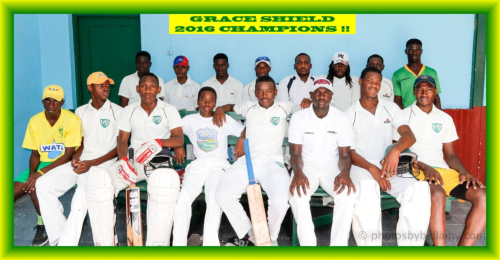 Excelsior, urban Grace Shield U19 champions, rejoins the battle for schoolboy cricket supremacy starting today at 10:00 am in final of the Spaulding Cup when it faces its rural area counterparts, St. Elizabeth Technical High School (STETHS), at STETHS in a 3-day contest.

The Antrim Aggregation will start as decided underdogs when it faces STETHS, the many times champions who boast a number of Jamaica national U19 players, including two who have played for the West Indies U19 team.

Yet a confident Excelsior Coach Kirkland Bailey is unfazed by the prospect of facing such formidable opponents.

‘We know we are going to play again a tough all around unit, with a host of national U19 players, and led by Jamaica’s national U19 coach, but I have confidence that my team will take the title back to Kingston” Coach Bailey said.

And in case anyone thinks such confidence is misplaced, the coach does not hesitate to point out that his team carries an 11-game undefeated streak into the contest.

Plus, his team features a number of Jamaica national age group players including captain Orande Pearson Raewin Senior, Orlando Rowe(u15 and u17 ); Okachie Brown & Romario Brown ( u15) and Shamarae Lindo U17.

“I am banking on my team’s cohesiveness because these players have been together for a number of years and are very competitive. There will be key moments in the game and as long as we win those we can pull it off and take the title back to Kingston” Coach Bailey reiterated.

The battle for all-island schoolboy cricket supremacy will be played Tuesday to Thursday, April 19-21 and begins each day at 10:00 am.