Excelsior High Lady Eagle Shanice Love, is the new Jamaica National Junior Record holder in the Discus Throw. Shanice’s record effort of 54.70m was accomplished a short while ago at the MVP Track and Field Meet – An Evening of Athletics, held at the National Stadium in Kingston, Jamaica.
Congrats to Shanice and kudos to Coach Michael H. Vassell. Next up the Penn Relays Carnival.

The boys squad of Malique Scott, Imar Tomlinson, Andel Miller and Calvin Williams posted a time of 41.15sec.
These performances came at the MVP T&F Meet held on Saturday at the National stadium and foreshadow the Penn Relays later this month.
The journey continues in Philadelphia, Pennsylvania on April 28 – 30, 2016 at the Penn Relays. Hoping all Excelsorians who can, will be there to cheer on the Eagles and Lady Eagles as they represent the Green and Gold.

Those who can’t, your support is also welcome as you stay tuned…
Age Animo,
Shaks 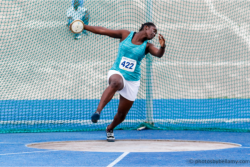 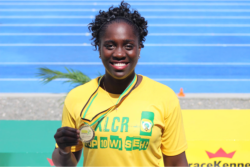 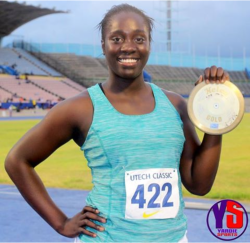 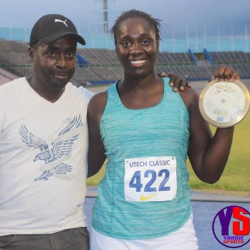 He Who Documents History Shapes the Narrative

“In the End, we will remember not the words of our enemies, but the silence of our friends.” – Dr. Martin Luther King